Just incase you hadn’t heard, last week Dougie and I packed our bags and off we flew to France for a long weekend.

I have to say, we both absolutely love travelling and we do try our best to get away as often as we can. Travelling is without doubt what we live for and my bank manager (Dougie) also tells me its where most of our money goes… no comment!!

But this weekend was no ordinary weekend away… we were wedding venue viewing!!

EEEEEK. To say we were excited would be a total understatement. I was buzzing.

Seeing as I plastered it all over Instagram, I am fairly confident that our little trip to France won’t be new news to some of you…

But just when you thought it had all ended, I figured I would bore you some more… so here goes a whole blog post dedicated to the momentous event!!

I will start at the beginning…

Dougie and I met back in May 2008 while we were both at Loughborough Uni.

We were on the same course, lived across the road from each other, could see into each others bedrooms, yet we never met until our third year when we were both on placement.

After a long 18 months of Dougie chasing me about… we eventually got together at Halloween in 2009!!

In November last year, Dougie sat me down one Wednesday night and told me to pack a bag.

Obviously like a girl possessed I asked a million questions… but very frustratingly I was told nada, other than ‘be ready for Saturday morning and bring a bikini’.

When Saturday came, I was driven to Manchester airport and a few hours later I found myself sipping champagne… on a plane to Thailand. 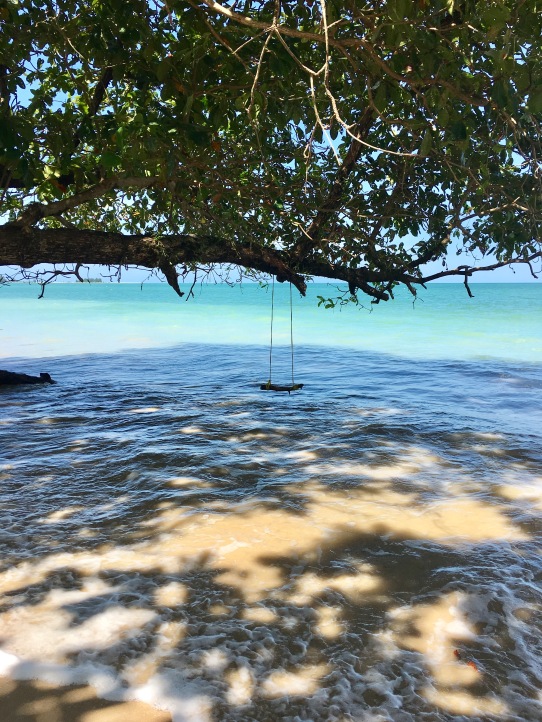 Then, just when I thought it couldn’t get any better…

On Tuesday 14th November, I was told to get ready for dinner, to wear flat shoes and to be ready for 7.

At 7, I was handed a glass of champagne (there is a running theme here), put into a car and taken into the Thai rain forest.

When we got there, all I can remember seeing was a sea of light.

The whole place was lit up with hundreds of candles… 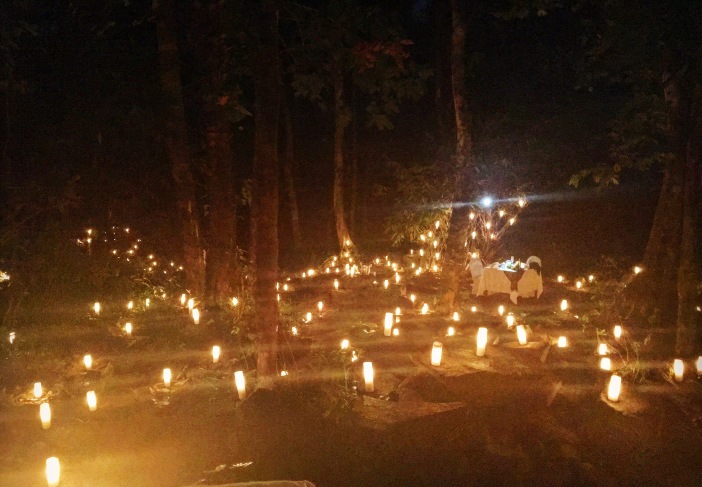 Then, in a moment of madness, Dougie got down on one knee and he asked me to marry him…

For once in my life, I was speechless.

I of course managed a ‘yes’, although I think I probably think I mumbled it… and there you have it, we became Mr and Mrs Perry ‘to be’. 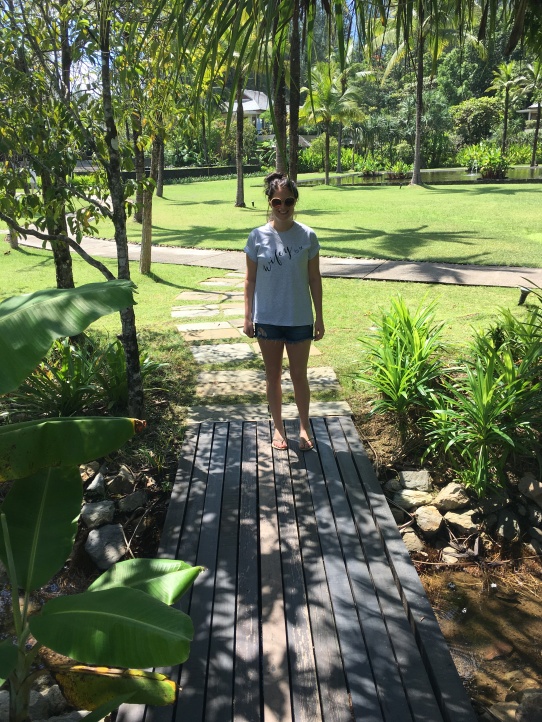 I always thought I would be the type to get engaged and jump straight in to wedding planning.

I am a normally a crazy kid when it comes to organisation but by some miracle, I have managed to keep very chilled, very calm and I haven’t jumped into anything… apart from reading every wedding magazine going!!

We always knew that when the time came that we would want to get married in France.

We love France and everything about it. Plus it has a lot of meaning to both of us…

When I was growing up my parents had a holiday home in the most beautiful village on the water in the South of France, called Port Grimaud.

The majority of my childhood memories are held there, so to me it is extremely special and one of my happy places.

Port Grimaud and France have also stolen Dougie’s heart and in our 7 years together, we have spent lots of holidays there, mucking about and having fun in the sun.

Aside, from the meaning that a wedding in France would give us, we would also really love to have an outdoor wedding. Picture… trees, fairy lights, lanterns, candles, greys…

Clearly, you can’ t guarantee the weather anywhere in the world but we figured we have a better chance of making an outside wedding happen in France VS the UK.

So, before we went to France, we spoke to quite a lot of wedding planners.

We told them all about our love of Port Grimaud and the French Riviera and specifically about how we wanted to get married there.

We also told them our wedding budget, well, Mr Bank Manager did…

Like with everything I seem to want in life, it became apparent very quickly that a wedding on the French Riviera was not going to be a cheap affair.

So in an effort to try and save some pennies, we decided that we would forget the Riviera (for now) and start our search in the beautiful Provence region…

In total we saw 6 venues ALL OVER provence.

Im pleased to say, we successfully avoided any car crashes or wrong side of the road driving and we had an absolute blast!!

The venues were stunning. All of them.

We saw two castles, a few chateaus and a vineyard and there is no doubt that a wedding in any one of them would be a beautiful day. 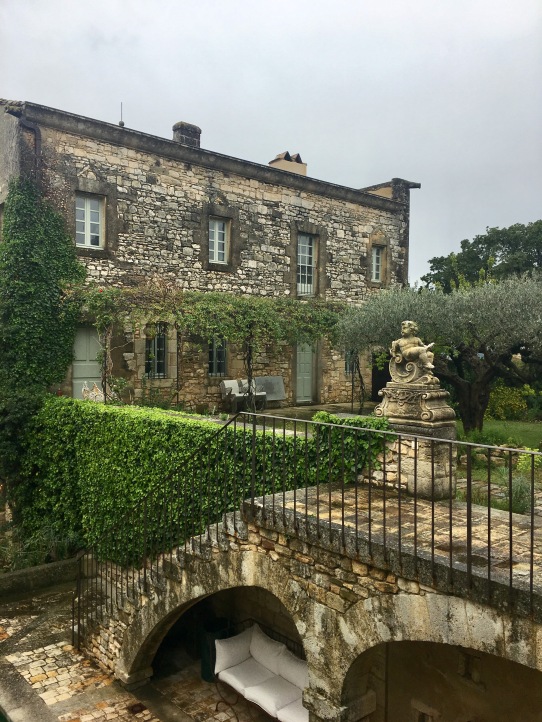 Everyone told us before we went that we would get a ‘feeling’ when we found the one… but as much as we loved every single venue… neither of us got ‘that feeling’.

As cheesy as it sounds, we decided that that ‘something’ was that none of them were in the part of France that we feel is ‘home’.

We weren’t ready for that.

We really didn’t expect that the area of France would be a deal breaker for us. It wasn’t until we were in Provence, that it just didn’t feel right.

On our trip, we had always planned to drive down to Port Grimaud for our final night, as we knew we couldn’t go all that way and not say hello.

So after the final venue, we jumped in the car, giddy as hell and drove the 3 hours to Port Grimaud…

As soon as we got there, we knew, I burst into tears and D proceeded to laugh at me.

He laughed… but I know he felt it too!!

So in all in all, I guess we haven’t found ‘the venue’ but we have nailed down a single small bay in the South of France where we know we want to say ‘I do’.

With all of that in mind, I am happy to announce that it looks like another trip to France (Port Grimaud) is on the cards and that as a result D will have to up the wedding budget!!

There are no complainers in my camp… any excuse for another wedding weekend away!!